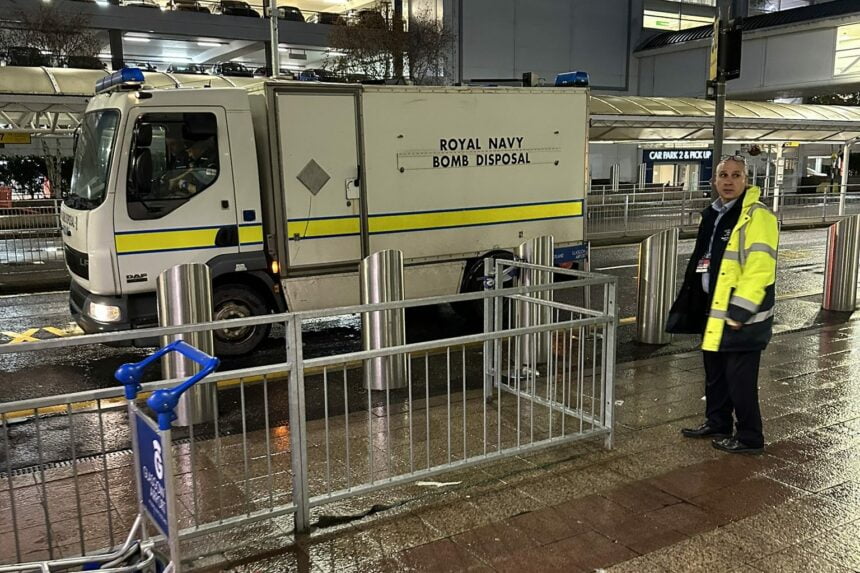 After a six-hour delay, travellers are now being let back into the terminal after portions of the airport were blocked after police were alerted shortly after 6 am due to concerns about an object in a passenger’s bag. While checks are being made, travellers who arrived at the airport for leaving flights encountered delays, and they were required to wait in the multi-story parking lot while police investigated. Large lines formed at the check-in booths at first, but police eventually escorted people to the parking lot where emergency blankets were available.

Numerous passengers were left stuck, some of whom missed their connecting flights, and others had to rebook their tickets at Prestwick or Edinburgh Airport. Police stated the strange object was determined to be “innocent in nature,” posing no risk to the public, despite the fact that two fire teams and a Royal Navy bomb disposal unit were called to the area. Check-in and central search facilities were blocked as a result of the ongoing incident, which made parts of the airport close for six hours. Blankets, water bottles, and hot beverages were provided to those required to wait outside by Salvation Army workers.

A representative for Police Scotland stated: “Police were contacted to a report of a suspected object inside the security search hall of Glasgow Airport at approximately 5.55 am on Monday, 5 December 2022.”

“As a precautionary measure, and in accordance with procedures, the check-in and security search hall areas were closed to the public and a cordon was implemented. Following examination of the item by the Royal Navy Explosive Ordnance Disposal team (EOD) it was confirmed that it posed no risk to the public and was innocent in nature. All areas of the airport are in the process of being re-opened.”

A representative for Glasgow Airport stated: “Our staff is now in the process of welcoming passengers back into the terminal and offering any help needed. Police Scotland have confirmed the incident has been stood down.”

In a dramatic World Cup penalty shootout, Croatia defeated Japan and qualified for the quarterfinals
Next Article