The South Korean military has expressed regret after a missile it fired during an exercise on Tuesday malfunctioned and crashed to the ground, alarming residents who believed they were under attack from North Korea, which had conducted a missile test earlier on Tuesday.

Hours after the North fired an intermediate-range missile over northern Japan, the US and South Korea performed a live-fire exercise as a display of strength. Instead, it came to a humiliating end when a short-range Hyumoo-2 ballistic missile fell to the ground at an air force base close to the coastal city of Gangneung in South Korea.

Media sources state that although the missile did not explode, the crashing noise and subsequent fire led some Gangneung residents to fear that the North had launched an attack. No injuries were reported.

After internet users shared videos of an orange ball of flames erupting from what they said was close to an air force base in Gangneung, the South Korean military acknowledged the accident a few hours later.

The military said it was looking into what caused the “abnormal flight” of the South Korean missile, which is a key component of the country’s preemptive and retaliatory strike measures against the North.

The incident happened when the US and South Korean forces launched a barrage of missiles into the East Sea, commonly known as the Sea of Japan, in retaliation for North Korea’s first ballistic missile launch over Japan in the previous five years.

In its most threatening weaponry display in years, the nuclear-armed state fired an intermediate-range ballistic missile that flew for a record 4,600 km (2,850 miles) at an altitude of 1,000 kilometers. Within the range resides the US territory of Guam in the Pacific, which is the location of American military bases.

About 3,200 kilometers east of Japan, the missile touched down in the Pacific Ocean.

As the missile passed high above the northernmost main island of Hokkaido and the prefecture of Aomori, the government of Japan issued an alert advising residents to take cover.

The Joint Chiefs of Staff reported that the US and South Korean forces launched two ATACMS short-range ballistic missiles into the ocean “to precisely strike a virtual target.”

In a statement, it added that the drills “demonstrated the ability and readiness to neutralize the cause of the provocation while maintaining a constant monitoring posture.”

Fighter jets from South Korea and the US practiced bombing a target in the Yellow Sea on Tuesday. According to the US national security council spokesperson John Kirby, the drills are intended to “make sure that we have the military assets at the ready to respond to provocations by the North if that comes to that.”

It shouldn’t get that far. We’ve told Kim Jong-un, the leader of North Korea, that we’re ready to talk without holding anything back.

He stated, “We want to see the denuclearization of the Korean peninsula.”

The most recent launch by Pyongyang is a part of a record year of weapons tests by the isolated regime, which recently amended its laws to declare itself an “irreversible” nuclear state. The launch by North Korea was condemned by US president Joe Biden and Japanese prime minister Fumio Kishida “in the strongest terms.”

President Yoon Suk-Yeol of South Korea referred to the launch as a “provocation” and vowed a “severe reaction.” The fifth missile launch in ten days by Pyongyang was the test on Tuesday. In its official media, North Korea rarely offers commentary on its nuclear and missile tests.

For months, South Korean and US officials have warned that Kim is planning to carry out a new nuclear test. Last week, they said that this might happen shortly after Pyongyang’s major ally China has its Communist party conference beginning on October 16.

The United States has around 28,500 troops stationed in South Korea to help protect it from the North. 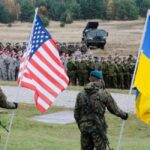 US pledges $625 million in military support to Ukraine, Russia alerts US of direct confrontation
Next Article 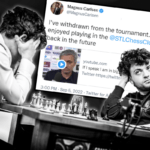