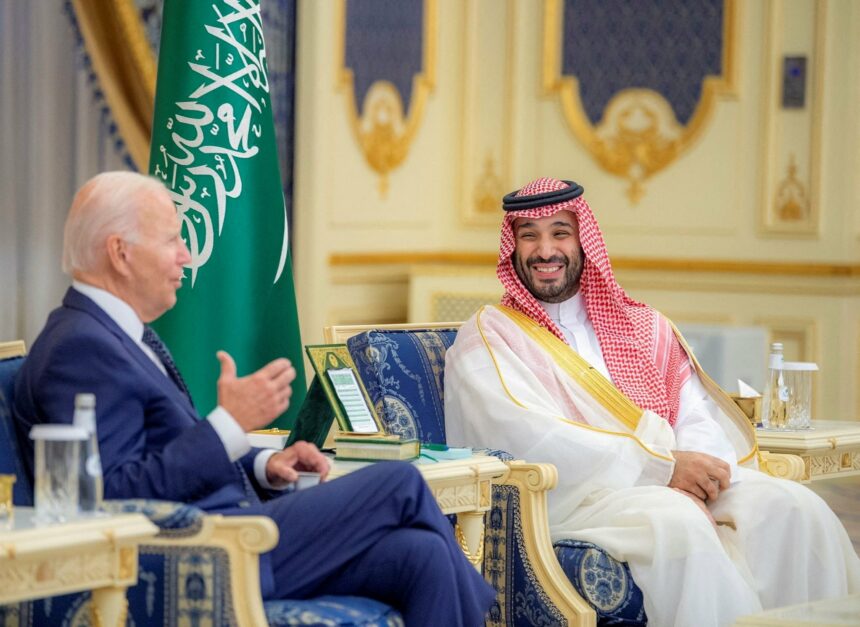 President Biden’s visit to the kingdom this summer was intended to improve relations between the two countries on several fronts, including the global supply of oil. However, Saudi Arabia’s decision to join its allies in announcing a cut to oil production on Wednesday has sparked new accusations.

Some officials in the Biden administration reacted angrily to the OPEC Plus cartel’s announcement of a cut, perceiving it as a direct affront to the president that threatens to damage Democrats’ chances in the 2022 midterm elections by raising petrol prices.

Officials in the United States are now dealing with how to respond to a potential price surge that may help finance Russia’s conflict in Ukraine, exacerbate the huge issues confronting the American and European economies, and provide Republicans with a powerful new inflation argument.

A White House representative referred to the OPEC decision as a “disaster.” Another said that administration officials believed the action to be a premeditated provocation intended to increase the prospects of Republicans so close to the elections. Other officials claimed that, despite the economic and geopolitical repercussions, they did not see any malice in the Saudi action but rather saw it as a rash attempt to maximize oil profits.

Despite not undermining the purpose of his visit in July, Biden stated on Thursday that he was disappointed in the cartel’s decision. “The journey wasn’t really for oil, though. According to him, the purpose of the trip was to rationalize viewpoints and learn more about the Middle East, Israel, and related issues. But it is disappointing.”

The travel was approved by all of Biden’s advisors throughout the summer, according to National Security Council spokesman Adrienne Watson. She stated in a statement that there was agreement among the President’s senior national security team over the significance of this trip for advancing American national security interests.

The Saudi government’s detractors were not placated, though, by this.

Dean Baker, an economist at the left-leaning Center for Economic and Policy Research, said, “They’re spitting in the face of Joe Biden.” Baker is a close supporter of the White House.

White House officials were aware that Biden’s trip would be criticized even before he traveled to the Middle East in July and gave Saudi Crown Prince Mohammed bin Salman, the nation’s de facto leader, a fist bump. In addition to vowing to make the oil-rich monarchy a “pariah,” Biden stated that human rights will be at the “heart” of his foreign policy. However, the president was acutely aware of the impact rising gas prices were having on middle-class Americans.

According to U.S. officials and congressional aides who spoke on the condition of anonymity to discuss U.S. policy, Biden’s senior the Middle East and energy counselors, Brett McGurk and Amos Hochstein, pushed for the trip as a way to improve the relationship and increase Washington’s capacity to project influence in the Middle East at a time when oil-rich states were considering ties with Moscow and Beijing.

Regarding how to handle the oil-rich dictatorship, administration officials have long been sharply divided. Those in support of a cold-shoulder policy cited Saudi Arabia’s unpopular war in Yemen, Riyadh’s dismal human rights record, and the murder of Washington Post journalist Jamal Khashoggi as grounds to restructure the relationship.

Given the United States’ development as an oil-producing energy superpower, several senior officials at the State Department and the U.S. Agency for International Development stated that they thought they had the freedom to maneuver. Many of Biden’s political appointees were in favor of making a clean break with former president Donald Trump’s unusually strong relationship with the kingdom.

Even though Secretary of State Antony Blinken finally endorsed and took part in the visit to Saudi Arabia, several American officials said that the top diplomat shared their concerns.

Ned Price, a spokesman for the State Department, said that Secretary Blinken “totally supported the Administration’s engagement with our regional partners on the multiplicity of interests we have.

According to senior officials and congressional aides familiar with the situation, McGurk and Hochstein’s support for the trip started to gain favor in the White House in September 2021 as the price of oil rose and resentment in the Gulf led the United Arab Emirates and Saudi Arabia to reject repeated U.S. requests to increase oil output. After Russia invaded Ukraine on February 24, which caused energy prices to soar and turned high gas prices—which were already a domestic political liability for Biden—into a geopolitical loss, that was the turning point for the effort to get closer to the Saudis.

Democrats who were already dubious about the U.S.-Saudi alliance used the OPEC Plus decision to attack the trip.

Sen. Chris Murphy (D-Conn.), chairman of the Senate foreign relations subcommittee on the Middle East, told Reporters, “I think it’s time for a thorough reevaluation of the U.S. partnership with Saudi Arabia.”

This trip was strongly discussed inside the administration, and I don’t see how one could argue now that it wasn’t a mistake, said one Democratic congressional staffer who is close to administration officials and who, like others, spoke on the condition of anonymity to discuss U.S. policy.

Officials from the White House have strongly denied that the trip’s purpose was to increase Saudi Arabia’s oil production. Americans who support the connection between the United States and Saudi Arabia said that those who were critical of the visit misread its goals and exaggerated Riyadh’s potential to lower gas costs for the average American. The fact that Saudi Arabia is currently pumping 11.1 million barrels per day, a number the nation hasn’t maintained in the past, was also highlighted.

The decision made by OPEC Plus, however, implies that the enhanced output will expire sooner than U.S. officials had hoped.

Additionally, according to energy analysts, Saudi Arabia was financially under pressure to reduce output last month when the price of oil dropped to about $80 per barrel for approximately two weeks. According to persons familiar with the situation who spoke on the condition of anonymity to disclose private conversations, U.S. officials argued to their Saudi counterparts that the risks of letting the price fall below that point were minimal, but the Saudis would not budge. An inquiry for comment was not immediately answered by Saudi officials.

Defenders of the trip asserted that it was also justified in light of the trip’s additional goals, which included supporting a cease-fire in Yemen’s protracted civil conflict. According to aid organizations, the truce, which was originally agreed upon in April, has decreased violence by up to 60%. Tim Lenderking, the U.S. special envoy for Yemen, told reporters on Wednesday that the warring parties recently failed to extend the six-month cease-fire and that American authorities now fear a “return to violence.”

In addition to pushing the United Arab Emirates to halt the development of a Chinese military facility, U.S. officials on the trip attempted to open Saudi airspace to planes to Israel.

Even the most ardent supporters of Saudi Arabia are forced to admit that the timing of the production reduction was a significant setback for the United States and that it occurred despite the vehement protests of American officials, who pushed their colleagues until the wee hours of Wednesday morning to put off the decision.

The Energy Department, State Department, and National Economic Council were just a few of the departments in which Biden officials scrambled to formulate policy responses to the revelation on Thursday. There are no immediately evident fixes. Energy officials have begun to consider a ban on American oil exports.

Officials from the White House have also been looking into the prospect of loosening sanctions against Venezuela to help make up for some of the oil that has been lost due to OPEC’s output cut. However, it’s a long shot: Before any sanctions are withdrawn, the United States thinks Venezuelan President Nicolás Maduro needs to communicate with the opposition.

In a statement on Wednesday, Sullivan and Brian Deese, director of the National Economic Council, said they would consult with Congress on additional ways “to reduce OPEC’s control over energy prices” This may imply that American policymakers are interested in repealing a long-standing federal antitrust law exemption that permits the consortium to effectively coordinate on prices. The possibility of such a policy being adopted, however, is much diminished because it would need legislative approval and would encounter opposition from the sector. 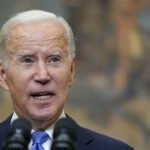