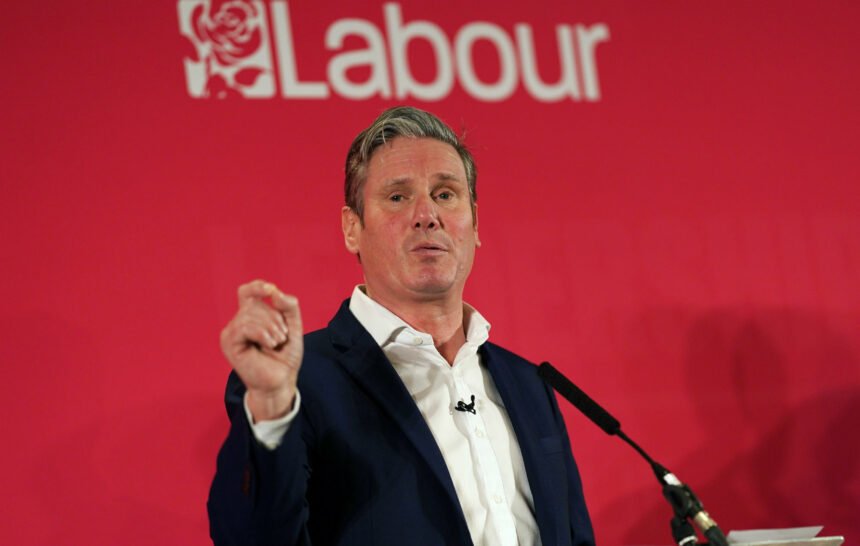 In a series of announcements on Monday meant to stake out Labour’s position going into the next election, the opposing Labour Party in Britain promised to abolish the upper house of Parliament if it were to win power. After months of controversy and economic crisis for the ruling Conservatives, the left-of-centre party, which has been out of power since 2010, has a significant lead in polls with several policy measures that it claims will devolve decision-making authority from London’s central government to towns and regions across the U.K., Labour is attempting to solidify its position as a government-in-waiting.

After a turbulent period in politics and the economy, Labour appears poised to unseat the ruling Conservatives in the upcoming election, which is scheduled for January 2025. In 2016, many voters chose to leave the European Union due to a perception of a lack of public oversight, according to Labour leader Keir Starmer, who vowed: “the biggest ever transfer of power from (the UK parliament in) Westminster to the British people.”

The current House of Lords, according to Labour leader Keir Starmer, is “indefensible,” and he plans to replace it as quickly as possible after gaining office with a democratic body. By 2024, the next presidential election must be held. In much of its 900-year history, the House of Lords, which has hereditary nobility as its membership, has reviewed laws approved by the democratic House of Commons.

The difficult subject of Lord’s reform has plagued succeeding governments. Hundreds of hereditary nobles were expelled from the chamber twenty years ago by a Labour administration led by Prime Minister Tony Blair, and they were replaced by “life peers” chosen by the administration and political parties. However, efforts to further change have ceased.

Gordon Brown, the former prime minister, created the party’s reform plan. It calls for new devolution to the regions and nations of the UK. Brown suggested more decentralization, with the Edinburgh parliament being incorporated into international accords that concern Scottish areas. Brown was the driving force behind the victorious 2014 campaign for his fellow Scots to remain in the United Kingdom. Speaking to a crowd in Leeds, northern England, Starmer claimed that one reason for the “failure of economic growth over the past 12 years” during the Conservative government was that the UK as a whole failed to drive growth, depending too heavily on London and southeast England.

The Lords currently has about 800 members, making it the second-largest parliamentary house in the world, behind China’s National People’s Congress, with life peers serving beside a few judges, bishops, and dozens of elderly hereditary nobles a more manageable, democratic “assembly of nations and regions” is what Labour suggests substituting it with.

Prime Minister Rishi Sunak, who assumed office in October, is working to improve the party’s poll numbers and bring together its divided sections because it fears losing the upcoming election.

In the 2016 vote on whether to join the European Union, the party supported the defeated “remain” camp. Despite accumulating evidence that the split has harmed commerce between the U.K. and its closest neighbours, Labour has since stated that it will not seek to rejoin the bloc or pursue radically closer economic relations. Labour is still hesitant to discuss Brexit, the most contentious subject dividing Britain in recent memory.

Tragic eruption of Mt Semeru in Indonesia
Next Article

In a dramatic World Cup penalty shootout, Croatia defeated Japan and qualified for the quarterfinals
Leave a comment Leave a comment