An online announcement from the agency stated that all in-person sessions were to be cancelled at all city kindergartens and childcare facilities on Saturday.

Since China lifted some of the strictest restrictions on the disease last week, cases have risen, and there are concerns that Covid might spread quickly among the 1.4 billion people living there over the lunar new year holiday next month.

According to the national health commission’s announcement on Saturday, mainland China registered 2,286 new symptomatic infections on Friday as opposed to 2,157 on Thursday.

On Wednesday, China ceased reporting instances that had no symptoms, claiming a paucity of testing among those who had none, which made it challenging to calculate the total number of cases. As of Friday, there were no recorded fatalities, bringing the total to 5,235.

Shanghai’s education department stated on Saturday that the majority of year groups in elementary and secondary schools would switch to online learning starting on Monday. The announcement was made on the Chinese social media platform WeChat.

Children and students who lack other childcare options might apply to attend school.

According to the statement, the actions were taken in accordance with current coronavirus prevention procedures in order to safeguard the health of teachers and pupils.

As a result of the decision, schools in the nation’s financial centre will be closed for in-person instruction until the end of the current term on January 17, when the Lunar New Year holiday will begin.

Chinese social media users who agreed that it was best for students to stay at home praised the choice. Others criticised the effectiveness of online learning in comparison to face-to-face instruction and the additional demands it places on working parents. 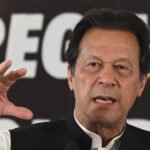 On December 23, the Punjab and KP assemblies will be dissolved: Imran Khan
Next Article 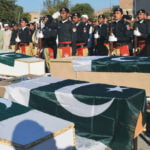